BCCC Alumni Selected for Scholarships from the Featherstone Foundation

Congratulations BCCC alumni Maricruz Abarca, Crisaly De Los Santos, Francisco A. Molas Rodriguez, and Jose A. Dominguez Cortez who have been selected as four of thirty scholarship recipients from the Featherstone Foundation, an organization dedicated to creating sustainable solutions to bridge the opportunity divide among Latino and underserved communities. Their vision is a world where underserved communities have equal access to opportunity.

Maricruz Abarca, a native of Mexico, is a graduate student at The University of Baltimore where she is pursuing a degree in Legal Studies. In 2021, she graduated from The University of Baltimore with a major in Philosophy, Law, and Ethics and a “Magna Cum Laude” academic distinction. She is a co-founder of the first LatinX Student Club at Baltimore City Community College, where her passion for advocacy drove me to become a member of the Board of Trustees of Baltimore City Community College(2018-2019). Her involvement in various organizations in the Hispanic/Latino Community being invited to speak at the Women’s March in 2018. She plans to attend Law School and aspires to become a Criminal Lawyer in Baltimore. 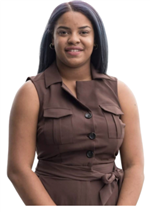 Crisaly De Los Santos, a native of the Dominican Republic, is pursuing a bachelor’s degree in business administration at The University of Baltimore, Merrick School of Business. She graduated from the National Academy Foundation with the highest GPA in the Finance Academy. While in high school, she competed among other students from Baltimore City Public Schools in a business competition through the Network for Teaching Entrepreneurship, where she won several awards and became a national competitor with her idea for an app that helps English language learners improve in school. At Baltimore City Community College, Crisaly helped found the Latinx Uni2 Student Club and was inducted into the Phi Theta Kappa, the international honor society for community colleges. She has interned in Baltimore agencies and nonprofits, including the Baltimore City Health Department and the Mayor’s Office of Immigrant Affairs. Crisaly is now working with Baltimore City Schools as an ESOL paraeducator. She is passionate about advocating for education, immigrant rights, and police reform.

Francisco A. Molas Rodriguez, a native of Paraguay, is a senior pursuing his bachelor’s degree in business marketing at Morgan State University. He obtained his A.A. in business administration from Baltimore City Community College. He received several honors, including being on the National Dean’s List for two consecutive years. He was also inducted into the Clara I. Adams Honor College and Phi Theta Kappa National Honor Society. Francisco is a member of the American Marketing Association, the National Society of Leadership and Success, the National Society of Collegiate Scholars, and the LatinX Unidos club. As an international student, Rodriguez is motivated by contributing to building cross-cultural diversity. He interns at the Southeast Community Development Corporation, where he aims to cultivate his business marketing skills and contribute to social development. 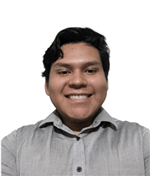 Jose A. Dominguez Cortez is a graduate student at Morgan State University where he studies Electrical Engineering. He was born and raised in Puebla, Mexico, and has been living in Baltimore for 13 years. Growing up, he was fascinated by technology and developed a deep interest in learning as much as possible about technology, which motivated him to become an engineer. Thanks to the Maryland Dream Act, Jose attended Baltimore City Community College (BCCC) and obtained an associate degree in Computer Information Systems. After transferring to Morgan State University where he majored in Electrical & Computer Engineering with a minor in Computer Science, Jose earned his bachelor's degree in spring 2021. As a graduate student, he is eager to continue to expand my skills and knowledge as an engineer.