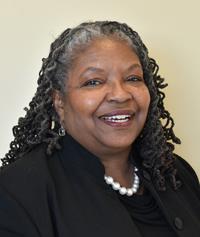 Baltimore City Community College (BCCC) Dr. Debora Johnson-Ross has accepted the appointment as the director for the Mayor’s Scholars Program.

“Dr. Johnson-Ross is an esteemed educator and talented administrator who will lead this innovative program. The Mayor’s Scholars Program is opening the doors of education for so many promising students and having Dr. Johnson-Ross at the helm will help ensure their success,” said Dr. James H. Johnson, Jr. Interim CEO at BCCC.

“One of the reasons I accepted this job was because I love the City of Baltimore and I see the potential for this program to be a national model for what the transition from high school to college can look like. I am excited for the students, the future of the program, and the college,” Dr. Johnson-Ross said.

Most recently, Dr. Johnson-Ross served as Senior Vice President of Academic Innovation at BridgeEdU, an education technologies service company. For more than a decade she served as Associate Dean for Academic Affairs at McDaniel College, a private four-year liberal arts college in Westminster, Maryland.